Here is another little thing I did. I didn't get to do all the inbetweens, and there are a few things that could need a little tweaking

This week we have been working with students from the french school La Poudrière. They are developing 3 TV-series for children. I worked on one called Les Super Super. It is a really cool concept, and it would make a great show. Here is an animation test I did:

So in the second half of our intro to Flash we had to do some action animation. I tried using the bone tool to create a puppet that I could move and animate, but it didn't work as well as I had hoped. I managed to get a little animation done though:

This was our first assignment in the Flash intro week:

We had 1-2 days to get to know Flash and create a character that we could animate. After designing and drawing our character we were given a soundclip that we had to animate our character to.
By Kramme No comments:

For the last 4 weeks I've been busy with the Short, Short Film project at my school. We worked in small teams of 6-7 people mixed between the CA and the CGA class. My group consisted of  Karina, Pernille, Julie, Mathias, Lærke, Henning and me.

In the beginning we got 2 random elements that we had to use in our film - poison and jealousy. We also got 2 different styleguides that we had to mash-up and create a new version of. The styles we got in my group was Tim Biskup and 20th century rubberhose animation.
In the beginning everyone did a bit of everything, but as we moved on in the preproduction and production the diffferent roles in a team became more clear. I ended up being lead character designer, lead animator and co-editor/soundeditor.
It was really fun, and very educational! This is our result: 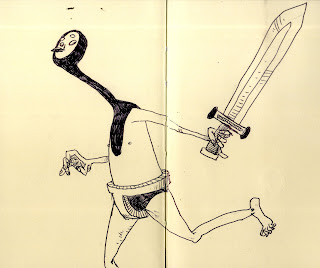 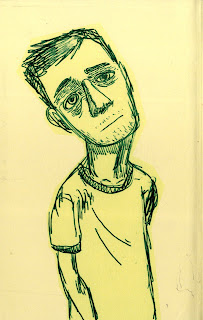